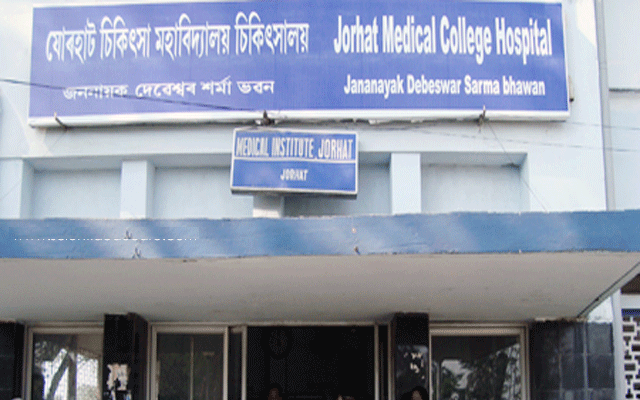 Jorhat: A suspected ULFA-I cadre who was apprehended during an anti-insurgency operation jointly by the army and the Assam police, was declared brought dead when he was rushed to Jorhat Medical College Hospital, a district official said on Monday.

The Army’s 224 Field Regiment, based in neighboring Charaudeo district had sent information on presence of several ULFA-I and NSCM-IM cadres along the border areas of Assam and Nagaland and requested Jorhat district administration to conduct a search operation there.

Accordingly, a Jorhat Police team went to assist the Army in the search operation at Kakodunga area, the DC said.

On Sunday, the army apprehended the suspected 30- year-old ULFA-I cadre having links also with NSCN-IM and took him to Borhulla police station in its vehicle, she said.

On reaching there, the army team reported that the victim was feeling unwell so police from the Borhulla police station rushed him to the local community health centre. There doctors on duty gave him preliminary treatment and referred him to Jorhat Medical College Hospital where he was declared brought dead, the DC said.

A magisterial inquiry headed by senior additional deputy commissioner Tapan Gohain has been constituted and will submit his report within 10 days from today. PTI