Guwahati: Army Day is celebrated on January 15 every year.  Each year on this day, the soldiers of the army are honored. The day is observed to salute the sacrifice of the jawans who got martyred protecting the country and its people. This year, as the nation celebrates the soldiers amid Covid-19 protocols, here is a throwback of the major wars that the army had fought, painting the tricolor in victories.

Soon after independence, Pakistan attempted to capture Jammu and Kashmir, leading to the first of the four Indo-Pakistan wars. The war lasted from 22 October 1947 to 5 January 1949.

Pakistan’s tribal militias crossed the Indian border, attempting to capture Srinagar. They halted at Baramulla. The then Maharaja of Jammu and Kashmir, Hari Singh sought the support of the Indian army. After a war, a ceasefire was declared on 1 January 1949. The terms of the cease-fire, laid out in a UN Commission resolution on 13 August 1948, were adopted by the Commission on 5 January 1949. 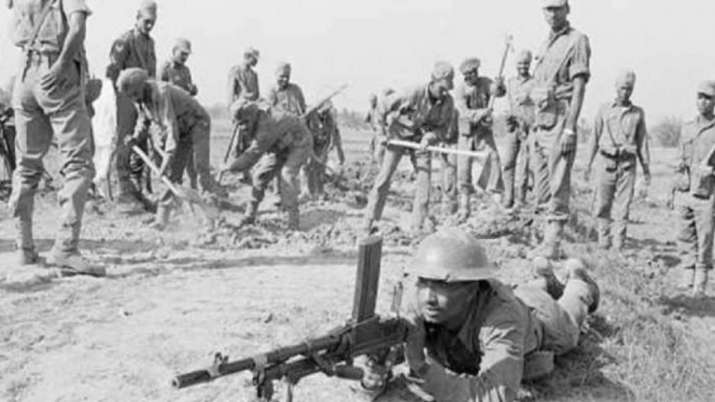 The war lasted from 22 October 1947 to 5 January 1949. Pakistan’s reluctance to accept the ceasefire lessened after the Indian troops went on a winning spree in November. A total of 2,814 jawans were martyred in the war.  The ceasefire required Pakistan to withdraw its forces, both regular and irregular while allowing India to maintain minimal forces within the state to preserve law and order.

The Sino-India war of 1962, goes down in history as one of the most unforgettable wars fought by the Indian Army. What makes it significant is that the Indian Army wasn’t prepared to be attacked by China. The unexpected attack left India and its 20,000 army personnel fighting with 80,000 army personnel from China. The war lasted for about a month and ended in the month of November 1962 when China declared a ceasefire. China’s perception of India as a threat to its rule of Tibet became one of the most prominent reasons for the Sino-Indian War. 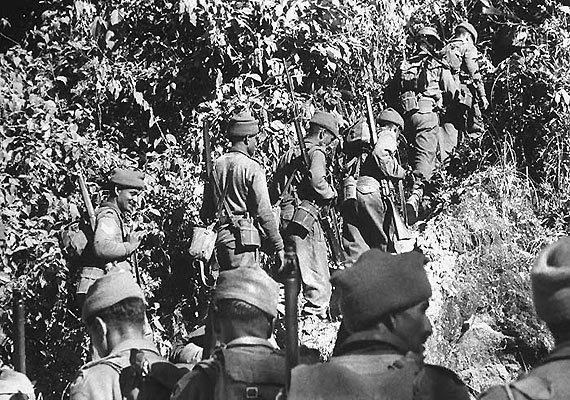 Before the war actually took place, the initial part of the year 1962 was also filled with tensions between India and China. On July 10, 1962, around 350 Chinese troops surrounded an Indian post at Chushul and used loudspeakers to convince the Gurkhas that they should not be fighting for India. Although India was not prepared for the war, when the Indian army discovered that a Chinese force gathered in a pass, it opened fire with mortars and machine guns and killed about 200 Chinese soldiers.

The second Indo- Pak war in 1965 was started by the Pakistani Army. The war took place after Pakistan launched a covert operation across the ceasefire line in Kashmir. Pakistan attacked first by occupying the Kanjarkot area in Kutch. It subsequently opened new areas of war in Jammu and Kashmir. The war ended with UN intervention with both sides moving back to pre-war positions.  Indian forces were able to subdue the Pakistani tanks and scored a decisive win in 1965. By Sept 22 both sides had agreed to an UN-mandated cease-fire ending the war that had by that point reached a stalemate.

The war began with Operation Chengiz Khan’s preemptive aerial strikes on 11 Indian air stations, which led to the commencement of hostilities with Pakistan and Indian entry into the war for independence in East Pakistan on the side of Bengali nationalist forces, expanding the existing conflict with Indian and Pakistani forces engaging on both eastern and western fronts. The war ended 13 days later and India achieved a clear upper hand, the Eastern Command of the Pakistan military signed the instrument of surrender.

Approximately 93,000 Pakistani servicemen were taken prisoner by the Indian Army, which included 79,676 to 81,000 uniformed personnel of the Pakistan Armed Forces, including some Bengali soldiers who had remained loyal to Pakistan. 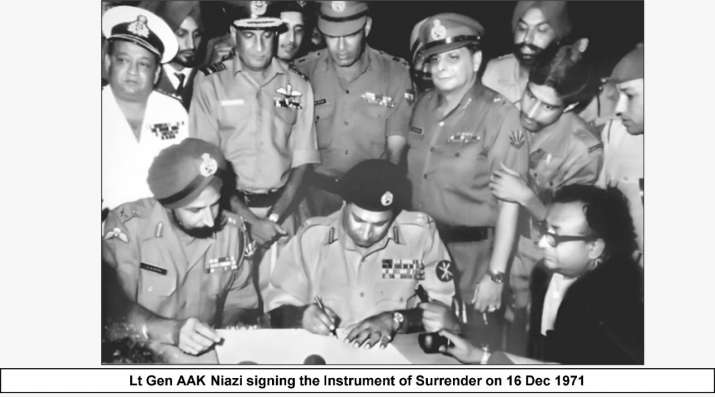 During the 1971 Bangladesh war for independence, members of the Pakistani military and supporting pro-Pakistani Islamist militias called the Razakars raped between 200,000 and 400,000 Bangladeshi women and girls in a systematic campaign of genocidal rape. India’s Field Marshal Sam Manekshaw on 13th December said “You surrender or We wipe you out,” soon after which India won the war over Pak armed forces. With the surrender of the Pakistani Army. Since then, this day has been celebrated as Vijay Diwas in India and Bangladesh. On 16 December 1971 Dhaka, marked the formation of East Pakistan as the new nation of Bangladesh. The Indian Army celebrates this day in a very special way and the general public also celebrates this day by sending greetings and good wishes to each other.

On July 26, 1999, India successfully took command of the high outposts. The Kargil war was fought for more than 60 days and ended on this day when the Pakistani army took advantage of the melting snow and – betraying the bilateral understanding of both the nations that the post would remain unattended during the winter season – took command of the high outposts of India.

Up until the beginning of 1999, the air around the possibility of a 60-day war was rather thin. On the contrary, both countries signed the Lahore Declaration in February 1999, promising to provide a peaceful and bilateral solution to the Kashmir conflict. However, some elements of the Pakistani Armed Forces were covertly training and sending Pakistani troops and paramilitary forces, into territory on the Indian side of the line of control (LOC). The infiltration was code-named ‘Operation Badri’. 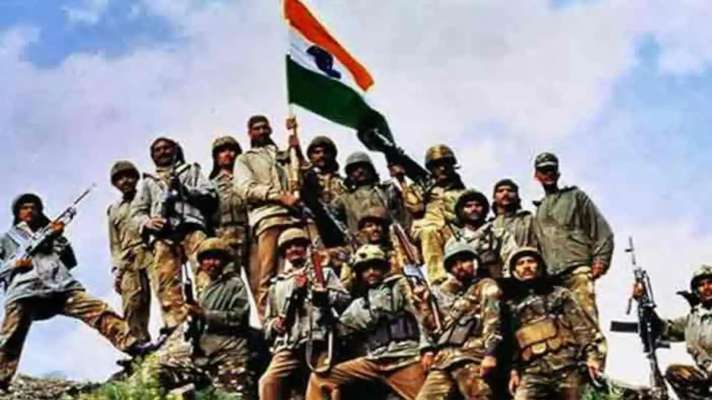 Before the war actually took place, the initial part of the year 1962 was also filled with tensions between India and China. On July 10, 1962, around 350 Chinese troops surrounded an Indian post at Chushul and used loudspeakers to convince the Gurkhas that they should not be fighting for India.