Anil Kapoor recalls playing the role of CM in ‘Nayak’

Mumbai: ‘Nayak’ was not a box-office hit but it is still known for actor Anil Kapoor’s stellar performance as reel life Chief Minister.

On Tuesday, Anil took a stroll down memory lane and recalled shooting for the film, which has completed 20 years since its release.
“20 years ago I was the Reel life CM for a day and the rest is history! A lot of people had their views about me doing #Nayak but I knew I had to do this film and believed

in its message! And now here we are celebrating #20yearsofNayak,” he wrote. 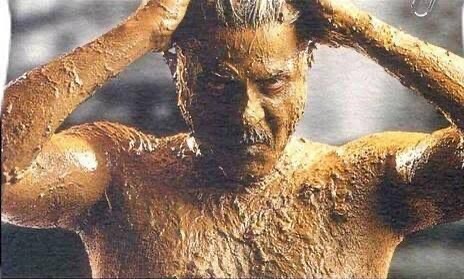 Alongside the nostalgic note, Anil posted a picture of a popular mud sequence from the film.

Nayak revolves around a TV reporter Shivaji Rao (Anil Kapoor ) who questions the corruption of the state during an interview with the state CM Balraj Chauhan (essayed by late Amrish Puri). Unable to handle Shivaji’s questions, CM challenges Shivaji to become the CM for one day. (ANI)