New Delhi: Bollywood actor Alia Bhatt, who is currently on a holiday with her friends Akansha Ranjan Kapoor, Anushka Ranjan, and sister Shaheen Bhatt, shared a group selfie on Tuesday from her vacation in the Maldives.

The ‘Raazi’ actor took to Instagram and shared a group picture from her vacation in the Maldives. She summed up her holiday mood with the caption, “Heal, learn, grow, love.”

In the picture, Alia can be seen looking pretty as ever in a pink bikini as she poses for a happy picture along with her besties Akansha Ranjan Kapoor and Anushka Ranjan. 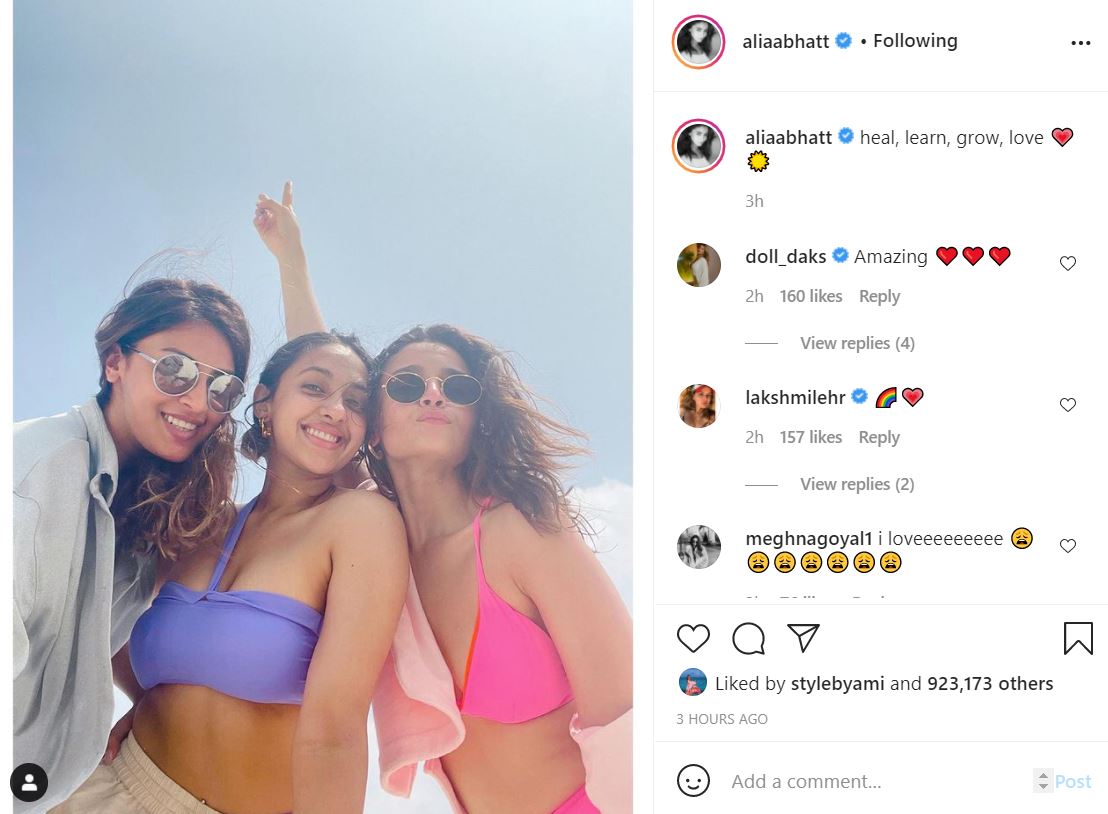 The post from the 27-year-old actor received more than 9 lakh likes within a span of 3 hours.

Meanwhile, Alia’s sister Shaheen also took to her social media handle to share yet another glimpse, where she can be seen living it up in the island nation with the ‘Kalank’ actor. She shared a happy picture with her sister as they pose together with the crystal blue waters of the Maldives in the backdrop.

Ditching long quotes, Shaheen captioned the picture with emoticons to let the picture do all the talking. In the selfie, Alia can be seen donning a white shirt while flashing her adorable smile with her sister who happily captured the moment. 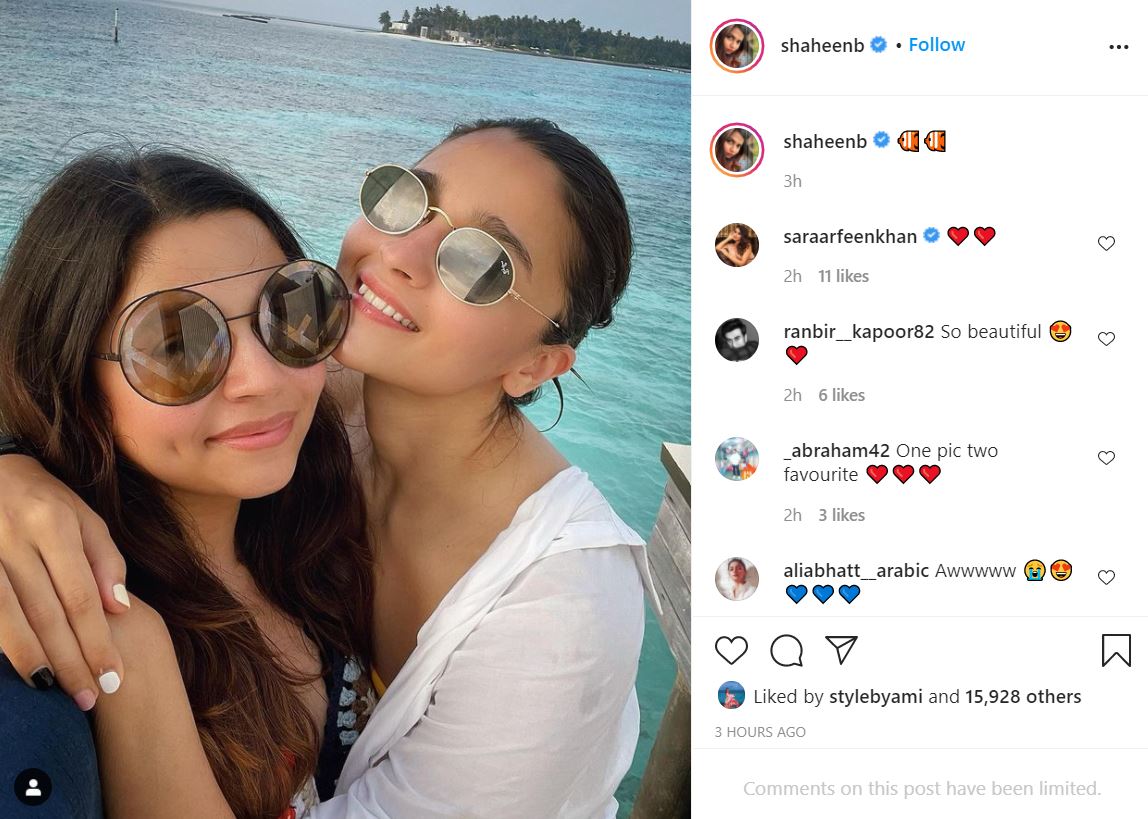 On the work front, Alia will be next seen in Ayan Mukherji’s directorial ‘Brahmastra’, alongside her beau Ranbir Kapoor and megastar Amitabh Bachchan. Produced under Karan Johar’s banner of Dharma Productions, the superhero movie will also feature Nagarjuna and Dimple Kapadia in pivotal roles.