New Delhi: Ahead of the inauguration of the 13th edition of the Aero India international air show on Wednesday, Prime Minister Narendra Modi said that the event will add impetus to the country’s quest to become ‘Atmanirbhar’ (self-reliant).

“India offers unlimited potential in defence and aerospace. Aero India is a wonderful platform for collaborations in these areas. The Government of India has brought futuristic reforms in these sectors, which will add impetus to our quest to become Atmanirbhar,” PM Modi tweeted.

Meanwhile, Israel’s Elbit Systems has been put on display its Rampage air-to-ground missile at the Aero India show. The missile is going to be inducted into the Indian Air Force.

Three Mi-17 helicopters took part in the flypast at the inauguration of the Aero India-2021 in Bengaluru. 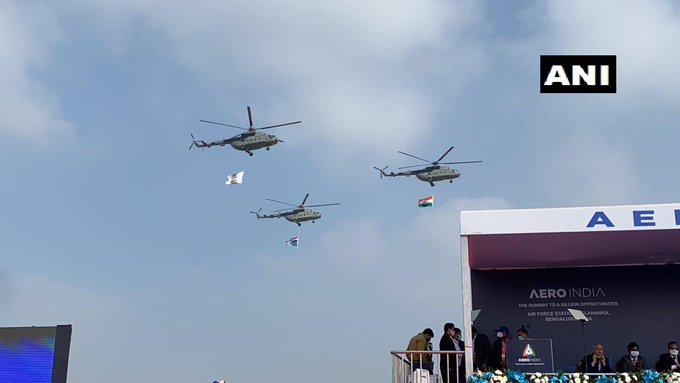 The contract of 83 LCA Tejas fighters was also handed over to Hindustan Aeronautics Limited (HAL) by Ministry of Defence at Aero India show.

Organised every two years, Aero India is a platform for aerospace enthusiasts, prospective defence industries, aspirant start-ups and other stakeholders to participate and witness the advances in global defence and aerospace fields and interact with delegations and industries from across the globe. (ANI)