‘Shubh Mangal Zyada Saavdhan’ will be directed by Hitesh Kewalya. Further details about the cast are kept under the wraps. 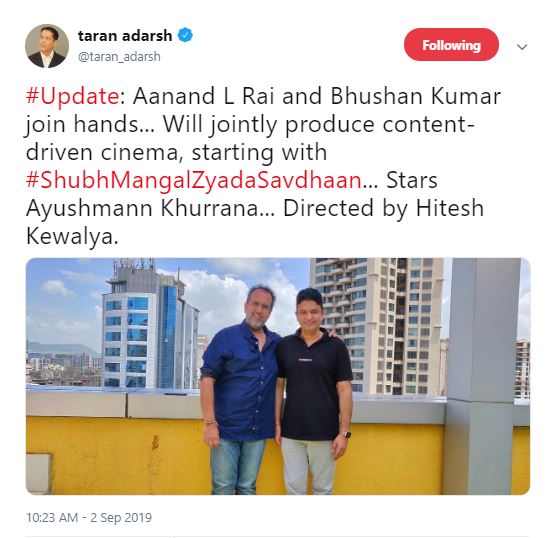 The film which completed two years on September 1 is a remake of the director’s own Tamil film ‘Kalyana Samayal Saadham’ and revolves around Mudit Sharma (Ayushmann) a Gurgaon boy with a marketing job who falls for Sugandha (Bhumi) and later when the duo tries to get intimate, a shy Mudit reveals about his problem of erectile dysfunction.

The duo tries different ways to solve the problem but fail, and when Mudit comes face to face with the reality of his impending marriage, he decides to cancel it.

The film which is a roller coaster ride will leave you in splits with its one-liners and punch lines, making the storyline more appealing. (ANI)