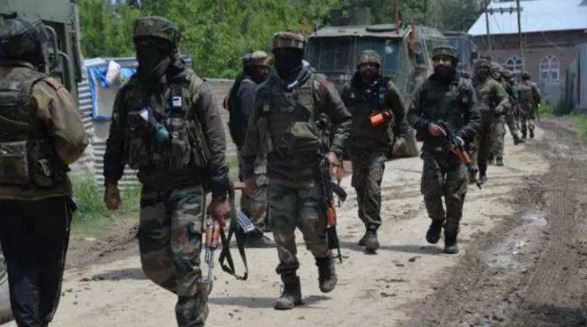 Srinagar:  Four militants were killed on Saturday in two separate encounters with security forces in Kulgam and Pulwama districts of Jammu and Kashmir, police said.

Security forces launched a cordon and search operation in Chingam area of Kulgam district of south Kashmir late Friday night following specific inputs about the presence of militants there, a police official said.

He said the search operation turned into an encounter after militants fired upon a security forces party, who retaliated.

In the exchange of fire, two militants were killed, the official said.

He said both militants were affiliated with Jaish-e-Mohammad outfit.

“As per the police records, both the killed terrorists were part of groups responsible for carrying out terrorist attacks. They were involved in many terror crimes and civilian atrocities, including killing of police official Khursid Ahmad at Furah Mirbazzar and attack on sarpanch Aarif Ahmad at Akhran Mirbazzar in which he was critically injured,” the official said.

An Army official said an M4 rifle and a pistol have been recovered from the site of the encounter.

In another operation in Dadoora area of Pulwama district of south Kashmir, two militants were killed, police said.

The police said the encounter started after security forces cordoned off the area and launched a search operation there following information about the presence of militants.

Two AK rifles have been recovered from the encounter site, they added.