‘100 not out’: Sehwag congratulates Federer “100 not out. Congratulations #Federer on the 100th @AustralianOpen win,” Sehwag tweeted. 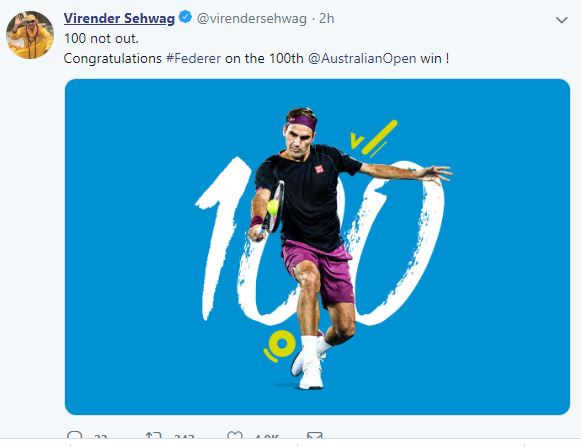 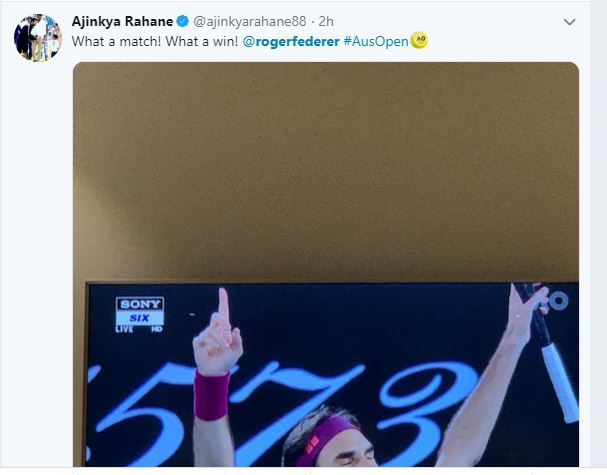 Earlier in the day, Federer scraped his way to the fourth round of Australian Open after winning a five-set thriller against John Millman of Australia.

This is the 18th time that Federer has managed to progress to the fourth round of the Australian Open.

Millman outclassed Federer in the first set, winning it 6-4. However, the Swiss staged a comeback in the second and third set, and was looking dominant.

Sending the cat among the pigeons, Millman once again bounced back in the fourth set, to take the match into the final set.

In the final set, both Millman and Federer went back and forth and it was poised well at 5-5. The match went into the tie break and Millman maintained a lead in the beginning.

However, Federer staged a remarkable comeback to win the match and progress to the fourth round of the Australian Open. (ANI)